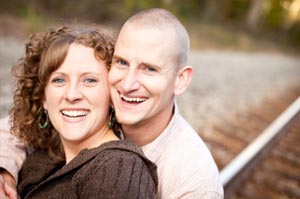 Occupation: Lydia is a Professional in Marketing, Andreas is a Lawyer

About 6 months ago, I decided to try out online dating. I didn't really know what website to pick, since there are so many out there. Some friends told me about bad experiences that they have had with online dating. Often not enough, or just uninteresting people on the websites. That is why I had a closer look at the services, especially taking note of what they had to offer that was different, and what their target group was. IQ Elite was interesting for me because it is a dating platform where you can find intelligent, career-oriented people. I thought I’d give it a go, hoping to find a lady that matches my way of life.

I went on a couple of dates thanks to IQ Elite, but I didn't really feel that a lasting relationship could result from these encounters. I eventually stopped going on dates, and my paid membership expired. I hadn't been on IQ Elite for two months or so, when suddenly a message from Lydia arrived in my email inbox (IQ Elite sends you a notification via email if someone writes you a message). I logged into IQ Elite, read the message and had a look at her profile. Honestly, she almost lost my attention because of her boring profile information. But luckily, I liked the curly hair she had in her profile photo.

So I replied to her, and against my expectations got to know a very fun and charming lady. We met up for a date one week later in the central park. I told her to bring a bottle of wine and said that I would bring some cheese and a board game. We played checkers and back gammon for hours, and laughed and told stories about our greatest board-game victories against our friends and family. It was probably the best first date I ever had, even though I lost more than I won.

About three months ago, Lydia and I were on holidays in Barcelona. We rented a scooter and rode up to a castle on a tiny mountain. While we were looking at the harbour, I asked her if she would marry me. After a few moments of silence, she finally said “yes”... we’re engaged!

The relationship with Lydia is the most fulfilling I have ever had. I almost gave up on finding the right one via IQ Elite, but in the end, my doubts were proven wrong. For those that haven't had this luck yet: improve your profile and don't give up! In case you have given up, at least check your emails regularly, because someone else might not have given up on trying to find you!